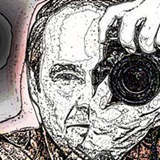 Douglas R. Siefken has 40+ years of experience advancing next generation imaging and software development. Doug began his career as a newspaper photographer in the mid 60’s and as a combat/aerial photographer for the US Navy during the Vietnam War and is a graduate of the US Naval Schools of Photography, Pensacola FL. While in the Navy he also managed naval photographic labs, taught photography and cinematography. He studied high speed and slow-motion photography and cinematography establishing the roots of his imaging patents. Since the Navy, he has provided digital imaging consulting services for companies including Adobe and Kodak and helped launch a microcomputer for Litton. He developed one of the first multi-media cross-platform digital portfolios and as President of Cyber City Tours, was a cutting-edge media publishing and content provider for Unicom, Cahners Publishing and others.

Today he is a Founder, Inventor, Chief Executive Officer and Chief Technology Officer for TransLumen Technologies with foreign and domestic patents obtained for graphic imaging algorithms that are incorporated in the visualization sectors of defense and aerospace applications for Gamification for Training, Observational Skills enhancement and Data visualization. Not only has Doug participated in think-tank strategies for Boeing, the Defense Advanced Research Projects Agency (DARPA) and others in applying graphic technology to cognitive performance; he is an early pioneer of the ambient video art movement. His first public exhibit of the Fluid Stills® art form was sponsored by SONY on 02/02/02 at the Julia Friedman Gallery, Chicago. An 80-inch version of Doug’s Fluid Stills® Chicago Skyline was installed at the Hotel Cass Chicago in August of 2007 (still on exhibit in the main lobby). In 2008 Chicago’s Mayor Daley was flanked by two images from the Chicago Skyline series on large screens at a luncheon. Fluid Stills® currently has a strong Internet presence demonstrating its artistic uniqueness for creating serene, temporally streaming subthreshold ultra-slow-motion videos. This tranquil and harmonious art form obviates the visual noise and environmental disruption presented by other digital art alternatives. This art form is going beyond the presentation of beauty for beauty’s sake to being used as Healing Art. It has been installed at LaRabida Children’s Hospital, Advocate Healthcare, NIH Hospital and the Intrepid Center.

1988 – 1992 Margaretten, Financial IT and Application Development

Douglas R. Siefken has led TransLumen to develop next generation visualization solutions for training using “Casual Style, Serious Gaming” serving Government and Industry to reinforce Knowledge, Skills and Abilities (KSAs) for technical areas that serve the new Millennials demographic. He also has forged a new area of advanced observational skills training for operators to recognize subtle cues, hazards and physical threats in complex environments and enhance perceptual skills in security areas. Another area of focus has been the use of his  proprietary and patented designs and techniques to advance dashboard aggregation, navigation and to provide more actionable graphical user interfaces to improve the user’s ability to recognize real-time anomalies. TransLumen has been awarded FAA, NASA, Homeland Security and Office of Naval Research contracts. TransLumen has also had a number of project initiatives with aerospace companies, utilities and government and is an industry partner to the FAA Center of Excellence and Nasa’s Unmanned Aircraft System (UAS) Traffic Management (UTM) program.

Douglas R. Siefken’s Fluid Stills® Art Illusions are a new genre of art merging with technology. The art imbues each digital frame with the integrity of an independent artistic Still that cohesively changes over time without any visible or detectable change as that change occurs, creating a serene, temporally streaming subthreshold ultra-slow-motion video composition. This tranquil and harmonious art form obviates the visual noise and environmental disruption presented by some other digital art alternatives.

± Billboard project in which Douglas R. Siefken was featured on Illinois highway location

± A Plasma Screen at every corner: Utopia/ Dystopia? By Dr. Sally Metzler http://drainmag.com/a-plasma-screen-atevery-corner-utopia-dystopia-2/

± Trustee for the Hektoen Institute of Medicine